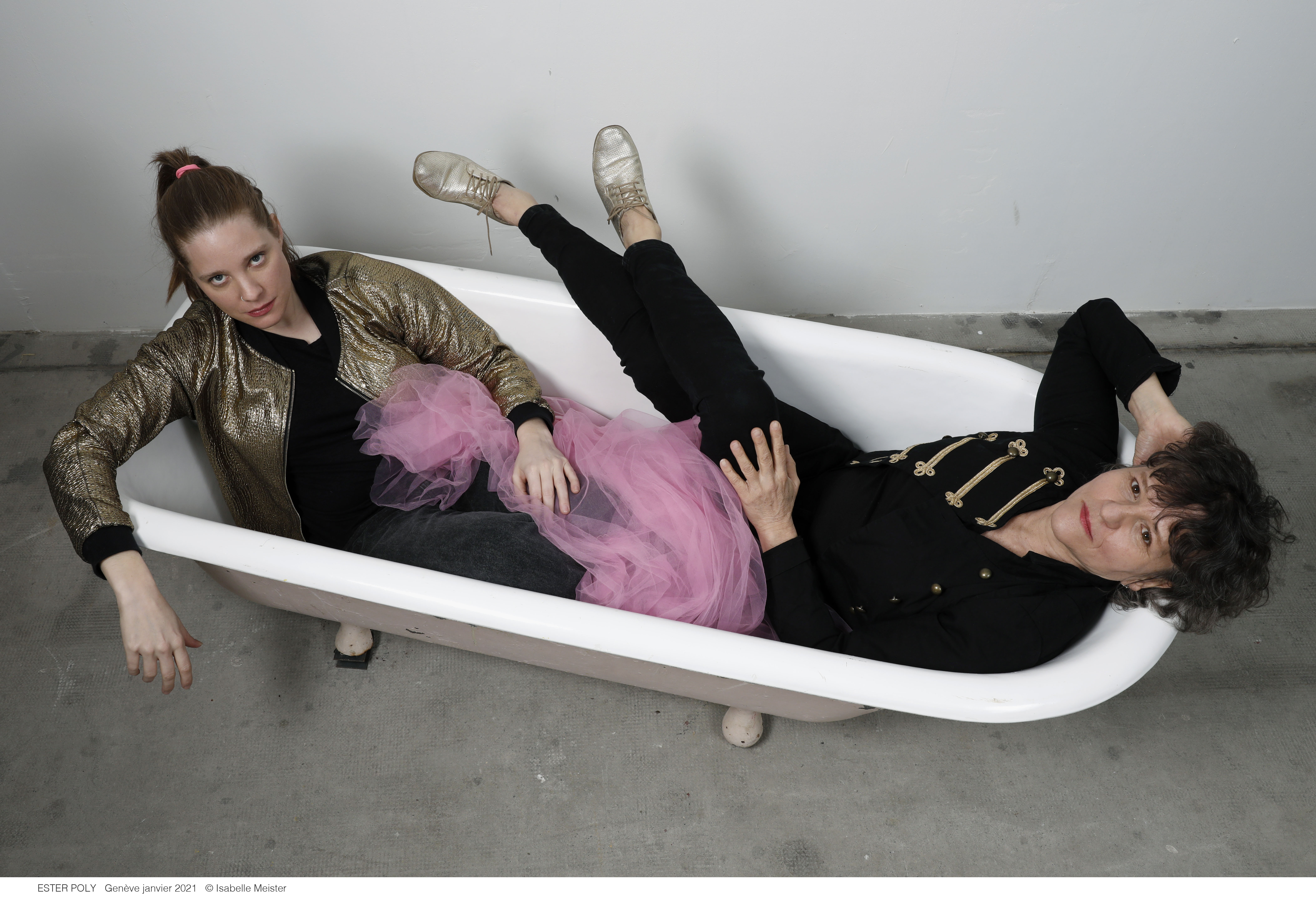 Ester Poly are Martina Berther (electric bass, voc, Zurich) and Béatrice Graf (drums, voc, Geneva). Since 2013, the two musicians have been expanding the possibilities of the bass - drum - tandem. Rock, peppered with a pinch of the unexpected. Their influences come from improvised music and jazz. The mix results in a freshly squeezed Ester Poly juice with a bitter socially critical aftertaste. To be tasted on the new album WET or live at the venue of your choice.

Born and raised in Chur, now living in Zurich. Martina Berther works is one of the most versatile electric bassists in the Swiss music scene. Her sound spectrum ranges from pop, jazz, punk and noise to experimental music and free improvisation. She tours internationally with her duo Ester Poly, the collective AUL, solo as Frida Stroom or with the singer Sophie Hunger. Martina Berther also writes music for films and theaters and works as a producer. She is active as a multi-instrumentalist and session musician and can be heard on around 23 released recordings to date. In 2020, she was awarded with the Swiss Music Prize. In 2018, she received the “Werkjahr” grant from the City of Zurich. In 2012, she completed her studies in music education and performance jazz at the Lucerne University of Applied Sciences and Arts (HSLU).
She plays with, among others:
Ester Poly, AUL, Sophie Hunger, Big Zis, Anna Frey, Polydeuces Pollux, Revolte auf Luna Stroom, Florian Egli’s Weird Beard, True, URSINA, Bibi Vaplan, Christy Doran: 144 Strings for a Broken Chord, Simone Lappert, Anja Nora Schulthess, Fischermanns Orchestra and many more.

For more than 30 years, the busy drummer and composer has been on stage. On her tours with Ester Poly, Graf Lanz, IMO, Sylvie Courvoisier, Four Roses, Peter Schärli 6 tet feat Glenn Ferris, Amampondo, Guillaume Perret and many more, she has circled the globe more than once. From solo to sextet, from improvised to composed music, from swing to hardcore, from acoustic to electronic music, Béatrice Graf's artistic curiosity knows no bounds. This has also led to collaborations with artists from the fields of dance (Rudi van der Merwe), performance, theatre (Kate Mc Intosch) and multimedia. She was awarded a 2019 Swiss Music Prize for her artistic work, was given carte blanche from the Centre Dürrenmatt in 2014 and a composition mandate from the Pro Helvetia Foundation in 1997. In addition to her work as a musician, she is the president of the Fédération Genevoise des Musiques de Création (FGMC) and promotes sustainable cultural production, soft mobility and climate protection in innovative festival and concert formats. These include the mobile concert tour Cycloton 2019 ( www.cycloton.ch) and the Slow Festival 2020 (www.slownow.ch).